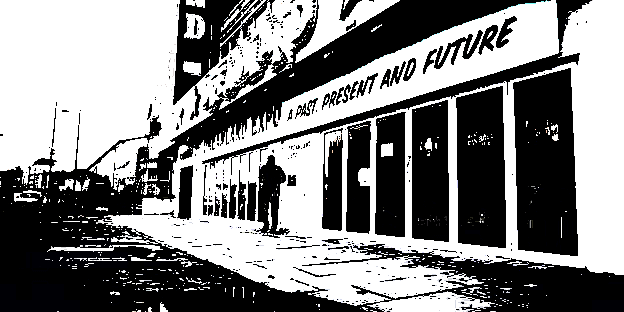 My latest short story. It was based on a writing prompt “And with that, they pulled the shutters down to mark the end of the summer season…” I found this very tough as any attempt turned into a parody of the Bill Murray ‘Meatballs’ movie. Eventually, I found my groove and came up with a story I liked. Let me know in the comments what you think.

As ever if you prefer to read off-line here is a PDF of the story for you to download: Standing on a Beach – Paul Blake

Standing on a Beach

The first body was found in early June. The late spring rains had just finished, and the town was starting to get its first tourists of the season.

Circling seagulls caught the attention of Mr. Hapsworth. He was doing his usual daily routine: walking the dog along the sand dunes between the beach and the main road on his way to the newsagents to get his daily paper and baccy. Thinking there would be a dead cat or dog attracting the birds he decided to investigate. He pushed through the long grass and shifting sand floor. Birds scattered as he approached. The carcass, if you could call it such, was a shapeless mass. Mr. Hapsworth picked up a nearby stick and poked it. Jelly-like. Bemused, he walked around the amorphous form. It was only when he saw the outline of a jaw that he realised it was human. He backed away and stumbled over a long piece of driftwood. That’s when the second body was found.

Michael opened the coin door of the arcade machine and emptied the coins in the bucket he’d put below. He refilled the prize tickets and closed the door.

“Mike, did you hear they found another body?” Jason said.

Jason was Michael’s friend, and they both worked at the Carnival amusement arcade on the main seaside strip. They had been in the same class in school and had spent many nights after school hanging out at the Carnival and the other arcades hitting on girls dragged to their sleepy seaside resort by their ‘too cheap to pay for holidays abroad’ parents. After they finished school with their bare-minimum grades they progressed from stealing kisses to emptying pockets at their previous hunting grounds.

“Where was this one found?” Michael asked.

“You won’t believe this, but the body was found in one of the claw machines at Starcade,” Jason grinned.

“In the machine? That’s sick,” Michael laughed. “Man, imagine if it’d happened here. Bert would make us clean that sucker out.” Bert was the owner of the Carnival.

“He sure would. Fucker.”

“How many is that now? Eleven?”

“Yeah. It’s mental. There was three yesterday. One on the beach, one at the back of the Co-op, and one on the mini-golf course.”

“The lame one, not the pirate one, thank God,” Jason said. The pirate mini-golf course was one of their favourite spots in their shitty town. They loved getting a few cans and going for a round or two.

After his shift, Michael walked past Starcade. There was a crowd of people outside jostling to look inside. There were policemen on the door blocking entry. Michael pushed through the gawpers and went around the side of the building. At the back of the arcade was a service alley that ran the length of the strip. All the businesses got their deliveries from that side. Sweets and drinks for Mrs O’Malley’s shop, frozen prawns, cod, and other seafood for Barry Hammond’s ‘Freshest Fish, Straight from the Ocean Opposite’ chippy, and cheap Chinese plush toys for Carnival and the other arcades. Most locals used the service alley as a cut-through to avoid the tourists on the main strip. The condoms, empty silver canisters, beer cans, and needles indicated the alley’s other use. Michael stopped at the back of Starcade and peered through the windows by the back door. He couldn’t see much, as the serious fruit machines were lined up at that end of the arcade. The machines with their twenty-five-pound maximum jackpots that attract the terminally stupid. Sat there from opening to closing. Feeding the machines. Pound coin after pound coin in the hopes they’ll win big. Michael held his hands up against the glass to block the side glare. Behind one of the jackpot machines, Michael could see people milling around a claw machine. He adjusted his angle and could make out the pink gelatinous mess inside the machine. “Poor fucker,” he said to himself shivering.

After his visit to the Starcade, Michael walked home. He lived with his mum in their two-bedroom terraced house a few streets from the seafront. His father had left them when Michael was still in nappies. A lack of jobs in the town the reason given. The shock of parenthood and immaturity to deal with it the reason Michael thought. He hadn’t seen his father for about ten years. The phone calls faded away quickly after that as his dad found a new family that he felt he could look after.

As the front door closed behind Michael with a bang, his mum called out, “Is that you Michael?”

“Yeah, mum, it’s me.” Michael entered the front room where his mum was reading a book in her armchair. He plonked himself on the sofa.

“Did you hear about the Starcade?” his mum asked.

“Yeah, I saw police there earlier.”

“Thank God it wasn’t in your place. It was all over the news. Twenty-one now. I can’t believe it.”

“Twenty-one? Jason told me it was eighteen earlier.”

“Three more were found in the Tesco’s car park this afternoon.”

“The police haven’t identified any of the bodies yet?”

“No, and still no one in town has been reported missing or any tourists. The tv news said that authorities are mystified.”

“It’s bizarre. But probably the most exciting thing to happen here, ever.”

“I’ve told you many times exciting isn’t all it’s cracked up to be.”

“Anyway, enough of that stuff. What do you want for your tea? There’s pizza in the freezer, or there’s still some of the leftover Chinese from last night in the fridge.”

The next day Michael made his way to work. Along his route, he saw three gooey blob piles at various points. Police were already in attendance at each. Michael made sure to take a wide berth to avoid the bodies. At the arcade, Jason was already there. Michael went up to him as he was arranging the prizes and coins on the two pence coin droppers.

“Hey dude, how’s it going?” Michael asked as Jason dripped a small amount of superglue on a couple of the bottom coins and held them to the base plate.

“Yeah, there were three on the way in.”

Jason turned to look at Michael. “What’s your theory on what they are?”

“I have no clue. Maybe they’re an alien invasion force that melts as soon as they touch the ground.”

“That would be spectacularly lame. Travel across the vast reaches of space but not realise they’re allergic to our planet.”

“Your eyes just did a weird blue thing.”

“Weird? It’s probably a reflection of all the flashing lights in this place,” Jason pointed behind Michael to one of the skeeball machines that used LED strips to brightly flash and attract suckers. “Probably from the skeeball, it flashes so much I’m surprised we’re not lying on the floor epi-drooling and seizing.”

Michael glanced behind him and blinked at the brightness of the machine. When he turned back, the dots were fully gone from Jason’s eyes.

“Oh, I almost forgot, Linds from the burger stand popped by to say there was an end of season beach party tonight. We’re both invited.”

“I’m not sure, man. With all the weird shit going on maybe it’d be best to stay home tonight. You can come round, and we can do some co-op Rocket League.”

“Oh, come on, Michael. You know she likes you. She’s always like ‘Hey Michael!’ when you pass. Fluttering her eyelashes, flicking her hair, and pushing out her tits.”

Michael arrived at the beach with the party in full swing. A large bonfire on the sand lit up the scene with dancing flames. Groups dotted around the fire with six-packs and bottles of wine propped up on the sand in front of them. Someone had set up a Dj stand and was banging out tunes. Michael saw Jason sitting in one of the groups and walked over. There were people he knew from his school days and the strip, including Lindsey.

“Hey,” he said as he approached. Jason threw him a beer and told the others to move round.

Lindsey called for him to sit next to her. Michael looked at Jason, who winked, and sat next to Lindsey.

A few hours later the fire had died down a little, still casting a glow on proceedings. Michael and Lindsey were laying on the sand away from the party. Their lips together and his hand up her jumper.

Michael heard a scream from the beach and looked that way. He saw indistinct shapes emerge from the darkness and head towards the throng. They were shaped like the posable wooden mannequins in art class. They were beige in colour, and as they came closer to the light Michael could see they had no facial features. A blank shape with whirling blue dots dancing on the surface. When they touched the partygoers a bright light emitted from their hands and spread to the other person. Michael watched with open mouth as the shapes became more defined. Hair spouted from their scalps and their blank faces moulded into a copy of their victim. Michael saw that as the process continued their target began to collapse into a shapeless mass on the sand.

Michael stood up and backed away, still watching the scene in front of him. He saw Jason approach. Blue dots twirling in his eyes.

“Yes, Michael,” Lindsey said as she stood up. Her eyes danced too. “It’ll be alright.”

Michael looked behind him and saw one of the things reaching for him. 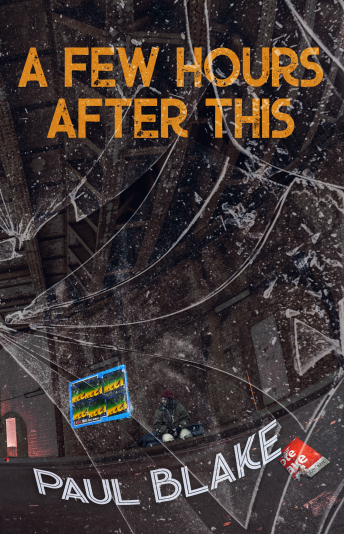 View all posts by Paul Blake