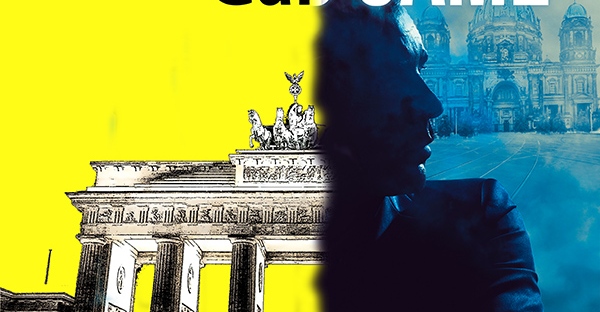 I thought my readers would be interested in the various covers I designed and rejected before deciding on the final cover for my novel A Young Man’s Game.

I knew from the beginning I wouldn’t be able to afford for someone to design me a cover. As part of the competition I entered, I knew the publishers could provide a cover, however, browsing their site I wasn’t too enamoured with the ones on there so I decided to make my own.

My first cover was designed simply as a placeholder. Just to have an image in mind when thinking about the completed book.

I took a photo of the Brandenburg Gate that was taken during my research trip and made a few adjustments and stuck it on a yellow background. 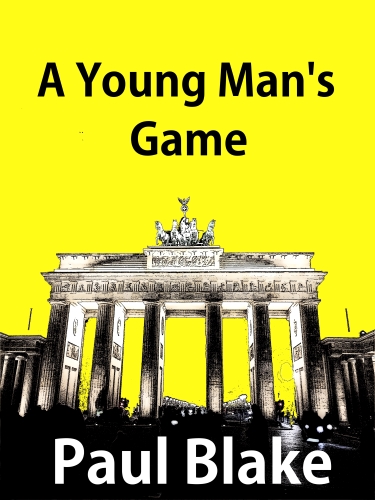 It was soon replaced by one that I felt was more representative of the book itself.

This cover was made in Paint.NET, a free program which is an upgrade on the standard Microsoft Paint and one I had used for years. The cover was a combination of pictures I took while in Berlin and stock photos from the internet. I liked the idea but wasn’t too happy with the final outcome.

I made some adjustments and finished up with this which was better, but not perfect. 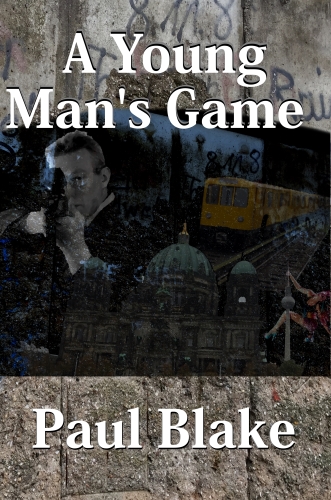 I decided to dust off my copy of Photoshop and after a lot of pain designed this cover:

Which looked so much better. I stuck with this for a long while and it was only when I asked for feedback on a forum I visit I realised, through the comments on there, that it wasn’t really suitable for the type of book I was writing. ‘It’s very Grand Theft Auto’ was one of the comments. Also, that the cover was very busy. I agreed with the feedback and came up with this pair of covers: 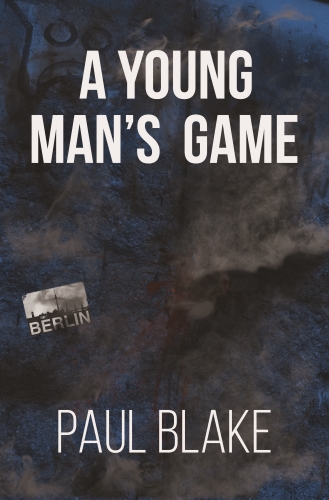 These were much more pared back. The smoke against the Berlin wall being a part of the novel. I liked them but was not convinced they were what I was looking for.

I tried a few other minimalist approaches, that barely got past the initial stage. But they didn’t last long. 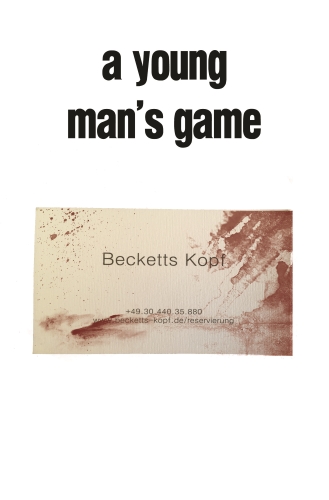 Then my friend mentioned that his wife was an artist and would be interested in designing a cover for me. An artist! I jumped at the chance. Her name is Helen Young and examples of her work are on her Instagram here.

She started by doing some rough sketches: 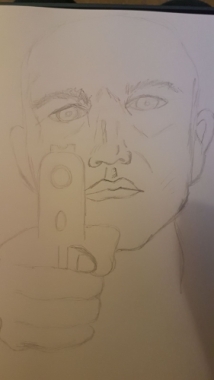 I liked the last one best, so she did some work on it and came back with: 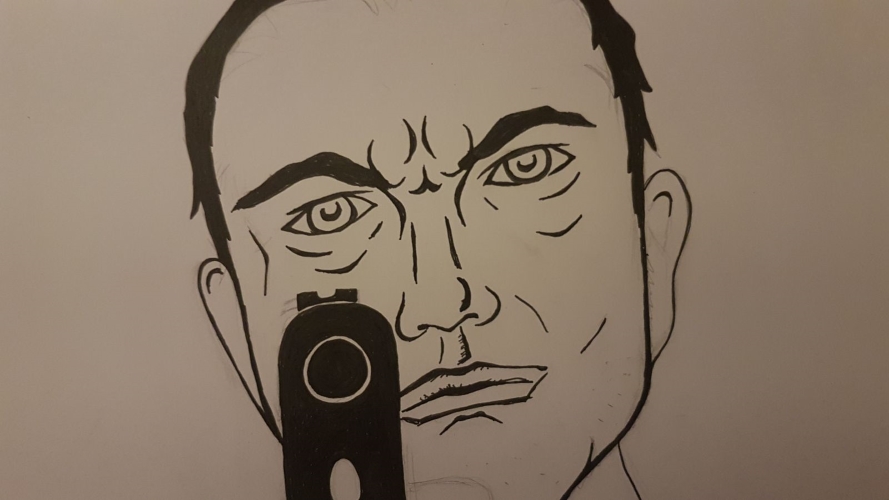 Which I thought looked really cool. Helen then sent through some rough drafts of a cover: 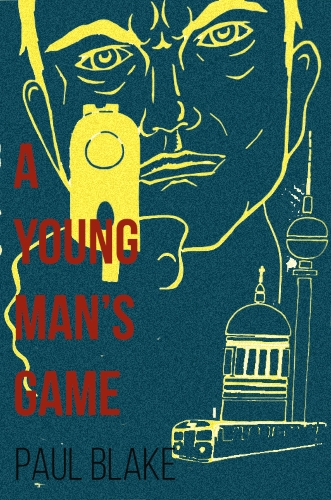 I then received a message from the publishers that I had to choose a stock image so they could create a cover. I didn’t realise I thought it was optional to use them. I felt really bad for Helen all that work for nothing. Sorry Helen.

I scoured the stock photo sites looking for a suitable image. After what felt like weeks I found one I liked:

Look familiar? I gave the publishers the image details and waited for them to come back to me. About a week later they came back with this:

Meh. I could do better (or so I thought). I told them I’d withdraw my book if I had to have that cover. Fortunately, they assented. I felt I couldn’t ask Helen again after messing her about.  So I set about looking for a design. I stuck with the ‘secret agent guy’ as I liked the pose and thought I could do something with it.

It started to become an obsession. I read 100s of articles on what makes a good cover. I can recommend Creativindie.com there are numerous articles on there which were really useful. Derek Murphy’s Youtube channel is excellent too. The main points I took away where:

I looked at the covers on Amazon of other books in the same genre. Most of which involved a silhouette of a man running away from something, or a man holding a gun. With these in mind, I went searching for photoshop tutorials that would improve my meagre skills so I could create a good cover once I found the right idea. YouTube has numerous Photoshop technique videos that really helped.

I then found PSDVault, this site is a goldmine. Step by step instructions on how to make stunning photoshop images of any kind. I searched through the site and found this tutorial to make this picture:

Can you see any resemblance to anything?

I took the image from the tutorial and the stock photo and created an ideas board with the various elements: 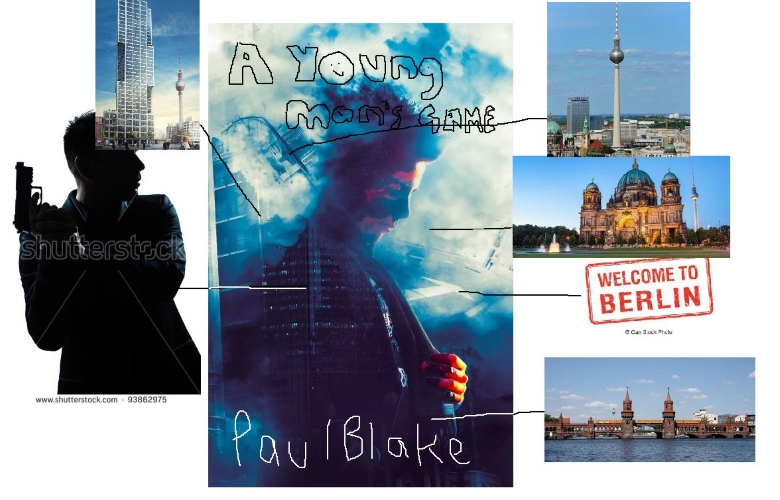 I followed the tutorial inserting my own pictures for the various elements and was very happy with the result.

Here it is with and without the blue filter. I also tried different fonts – this is a Russian style font which looks pretty good. 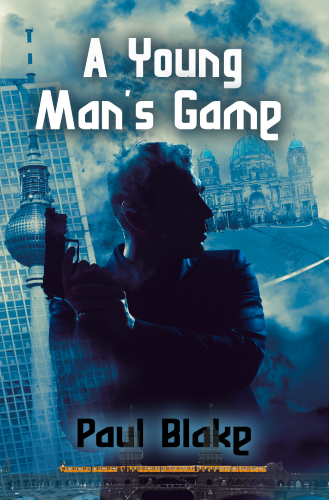 I looked again at the Creativindie site for fonts as I wasn’t 100% sold on the idea and found this page: 300+ fonts by genre which was a godsend.

The list of Thriller fonts was an amazing resource

I played around with them deciding which ones looked the best with the image and decided on Bebas Neue as a clear and bold font which would really stand out as an Amazon thumbnail.

I think I did a very good job and love the finished version.

And that’s the story behind the cover for A Young Man’s Game. You can get yourself a copy in paperback and ebook from Amazon – author.to/PaulBlakeAmazon

View all posts by Paul Blake